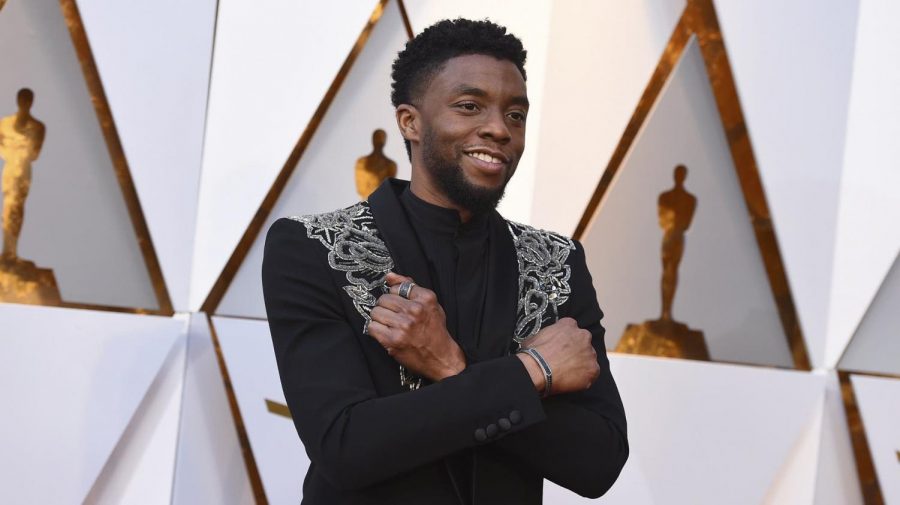 Actor Chadwick Boseman on the red carpet at the 2018 Oscars.

On Aug. 28, actor Chadwick Boseman died from stage IV colon cancer at the age of 43.

According to a post on Boseman’s official Instagram account, Boseman was diagnosed with stage III colon cancer in 2016, but he continued to act and direct through chemotherapy treatments and multiple surgeries as it progressed to stage IV and eventually led to his peaceful passing in his home, surrounded by his wife and family.

“To be young, gifted, and Black; to use that power to give them heroes to look up to; to do it all while in pain – what a use of his years,” Obama tweeted about Boseman.

Throughout his career, Boseman took on powerful historical roles such as Jackie Robinson in “42”, Thurgood Marshall in “Marshall” and James Brown in “Get On Up” but is most known for his role as King T’Challa in Marvel’s “Black Panther”.

The post on Boseman’s Instagram also stated that it was the “honor of his career to bring King T’Challa to life.” Though he played countless iconic Black roles, playing King T’Challa made Boseman a global symbol of Black power, and he became an inspiration for the Black community.

Boseman has publicly shown his support for the Black Lives Matter movement and various other civil liberties movements, including gender equality and rights for immigrants.

In 2018, Boseman returned to his alma mater, Howard University, to give a commencement speech, and concluded it with a quote that is a true testament to his life and the work he’s completed: “The struggles along the way are only meant to shape you for your purpose.”

Even through his death, Boseman will continue to be a role model for the Black community worldwide, and his movies will forever be cherished by fans.