Chapman to perform “Singin’ in the Rain” 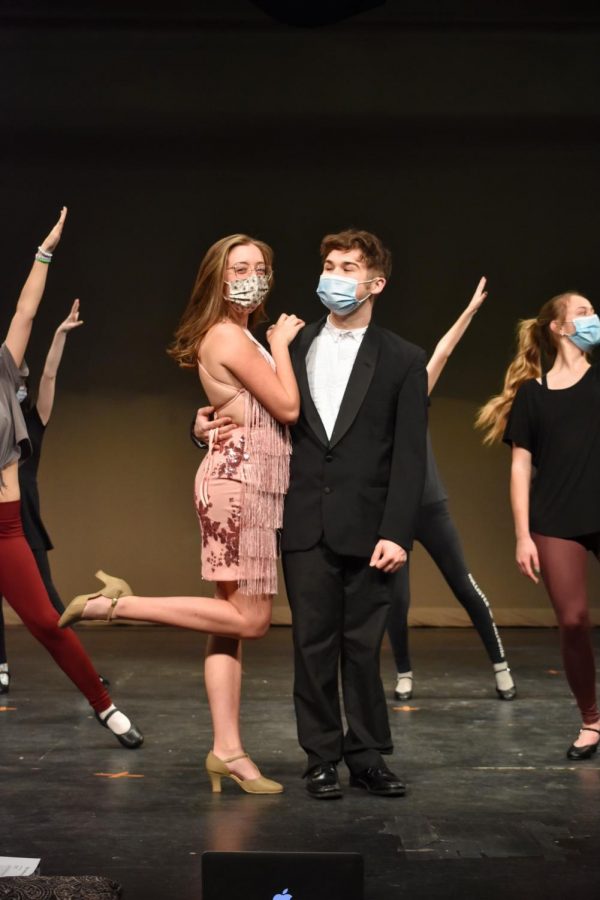 Seniors Anna Carter and Zachary Cunard star in "Singin' in the Rain."

This is what Chapman Theatre Director Carrie Roberts said about the department’s newest production: “Singin’ in the Rain.”

“Singin’ in the Rain” was filmed during the silent movie era when they started to move into what was called the “talkies” which today are just regular movies which makes this musical unique.

“In a lot of ways it’s a show within a show,” said Roberts.

The story “Singin’ in the Rain” focuses on the love story between Kathy Seldon and Don Lockwood.

“This senior class will be hard to let go,” Roberts said.

Roberts said that they started rehearsing in mid-January and will open in April, noting that preparing for a musical is even tougher than usual.

“Your typical rehearsal for a regular play would be six weeks, so then you usually multiply that by two for a musical so you’re looking at about four months of preparation,” she said.

Roberts praised students and parents for their hard work.

“It takes a village to build the set and I cannot thank our parents enough,” Roberts said.

Next spring, Roberts and the rest of the theatre department plan to perform “Little Mermaid” as the district-wide play.